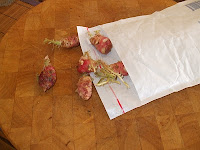 My OCA tubers arrived safelty in the post as promised from Ian. So I immediately found a space to plant them.
From what I have read, it is the same as planting potato tubers 40cm apart and 5cm deep. Apparently, they prefer slight shade to full sun However, where they were planted is virtually full sun for most of the day, but time will tell. 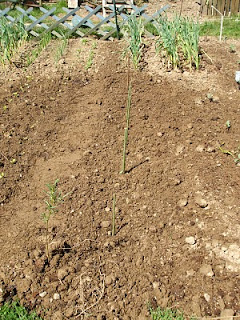 Well, the small green poles in the picture are to remind me where they are as apparently, they look like clover when they first appear, and I would not want my enthusiastic  'weeder' Mrs TK thinking they were weeds.
I have also found out they are grown in New Zealand quite a lot and that they call them 'YAMS' which I have at least heard of but never tasted.
So as they say 'watch this space' 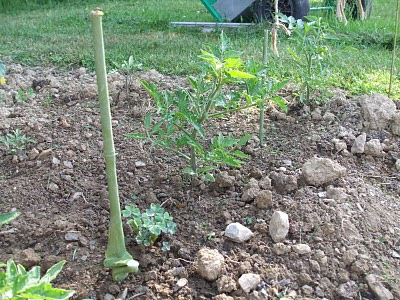 Well all six of my Oca plants are now showing through, and the tomatoes are nicely settled in and growing well.