November 17, 2010
After making a rain shelter for the chickens  a few weeks ago, I have now moved the coop. As you can see, they now have a nice decking area and a  walkway, so we do not get covered in mud when collecting eggs or putting them to bed a night.
I have raised the coop on soil and bricks, and will eventually put some bark chippings down to keep the mud at bay.  Clarissa and Nigella seem impressed with their new set up, and have a large enclosed run. I think Marilyn is inside laying her daily egg. 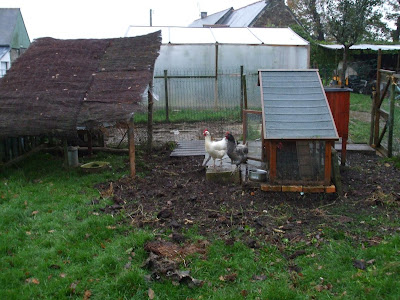 As you can see, the old run was pretty muddy, but I am sure I will get some nice crops from the well fertilised soil. 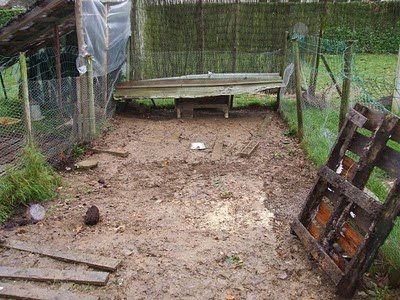 Back in the poly tunnel I have some naked tomato plants. There are a few ways to ripen the last of the fruit. Putting them in a bag with some bananas is a favourite, but I read a tip today on GYO forum from Big Mally saying that he had wedged a tray with some apples and tomatoes in behind the freezer. Apparently, the apples help ripen the tomatoes like bananas do, and the heat coming up from the freezer motor helps them even more. 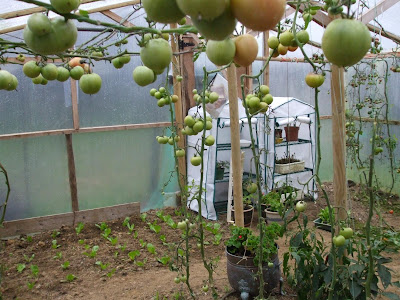