December 21, 2010
Thanks to Ian the 'Oka King' my first sample of oka tubers arrived, and were planted in early June. It has been a long wait to sample something that I had never even heard of, before stumbling on Ian's very informative oka blog.
If you Google 'oka' to find how to cook it, you will not find very much information, and the best way is to Google 'New Zealand Yams', which is what they call them 'down under'. I even found a link to Ian's blog on a New Zealand forum, so it seems that his fame has spread across the globe. 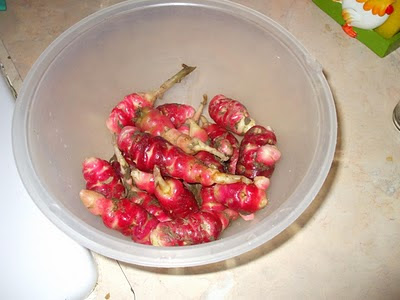 As recommended by Vegetable Heaven we first tried them sliced raw as they are a great accompaniment to salads in the summer. We found them crisp in texture like a radish, slightly starchy, but I have read that if you leave them in the sun a little, they lose a little of their starchy taste, but they still had a nice crisp fresh taste. 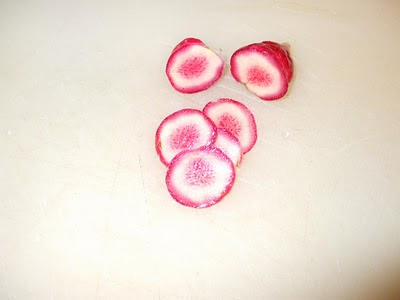 We decided to roast them in the oven in a little oil for about 45 minuites, until they were soft. 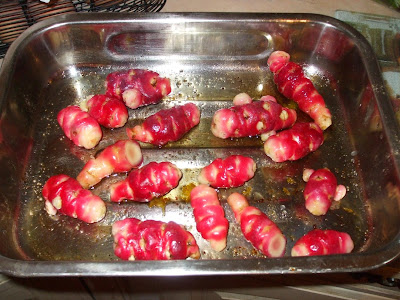 As you can see, after roasting they lost a little of their pretty pink colour. We seasoned them with a little salt and pepper. 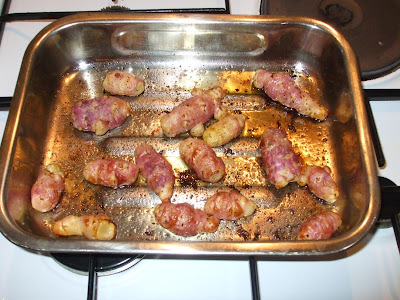 They were a nice alternative to potatoes, slightly sweet but not as sweet as sweet potatoes. Luckly, we had some duck left over from the previous night's dinner, and a little salad made for a very tasty dinner. 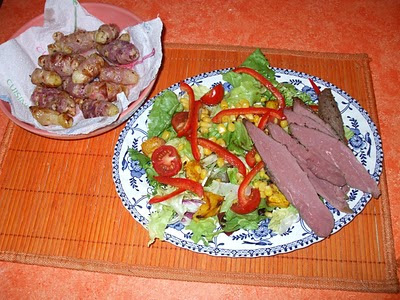 OK, so the look could put some people off, as to me this looks a little like a 'witchetty grub;. 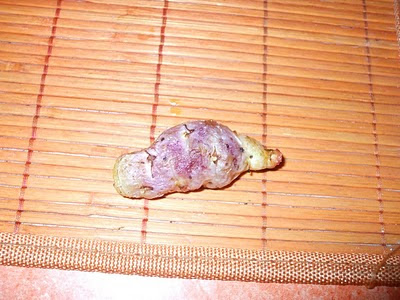 And this looks like, well I will leave you all to decide that! 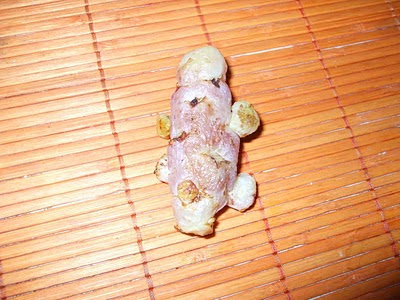 But if you have never tried oka, I can say it is well worth trying and would raise a few eyebrows at a dinner party. For those of you who want to try growing it, I found it really easy. I think that next year's crop should be planted earlier, I will have larger tubers, as they do need quite a long growing season, but the best thing is that they will never get potato blight.
A big thank you once again to Ian for sending me the tubers and all his advice.