December 03, 2010
We have had a tad more snow this week, and it is still falling today on top of the foot of snow we already have. Probably not  as much as many of you, but it is still a bit of a novelty for us here in Brittany, hence the boring snow pictures! I think my tomatoes and peppers have had it in fact, the tomatoes are frozen on the stalks, so I will be clearing out the polytunnel next week. 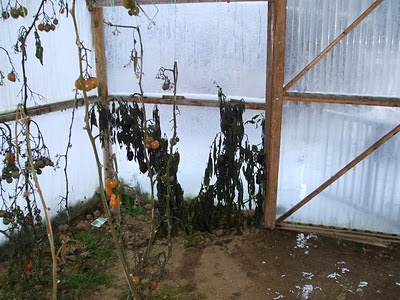 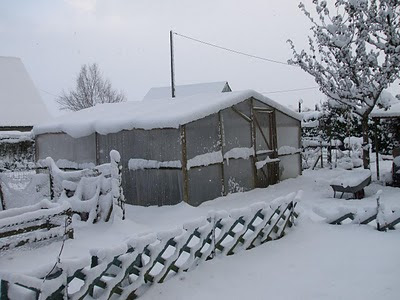 The chickens didn't even want to venture out this morning, even though they have a nice new shelter. Luckily, they are still laying some eggs, and as a treat I will make them a bowl of hot porridge later. But Fitou found somewhere to shelter from the snow. 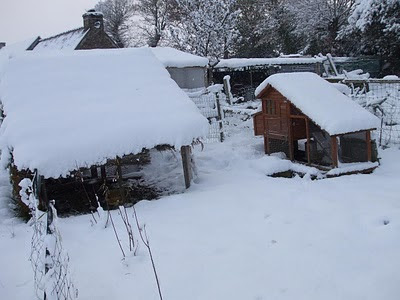 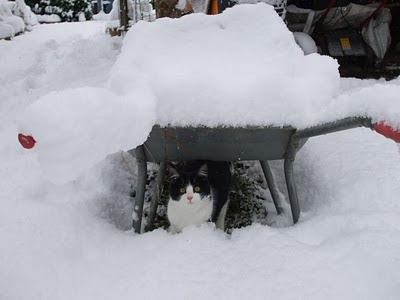 The girlies have been having fun in the snow, and we are bringing them in at night now, which means mucking out every morning, which is a great way to warm up. The only problem is finding my way to the muck heap! 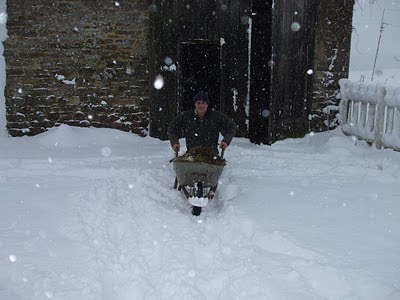 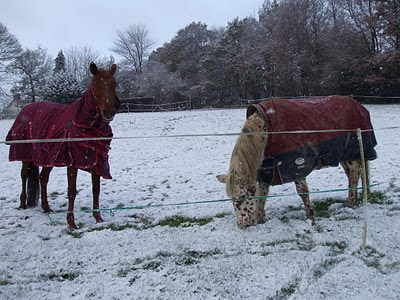 I have found a really pretty Christmas tree in the garden, but I am not sure that it will fit into the house, and imagine the lights it would need to cover it! 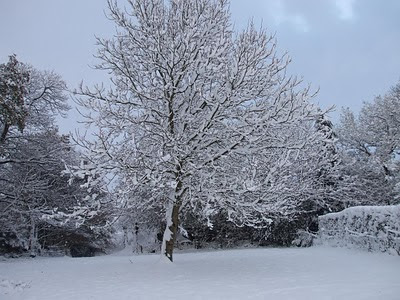 I do not think we will be going far in the car, but we are going to venture out on foot this afternoon to the village to post our Christmas cards, saying that, we have not see the post woman for a few days. 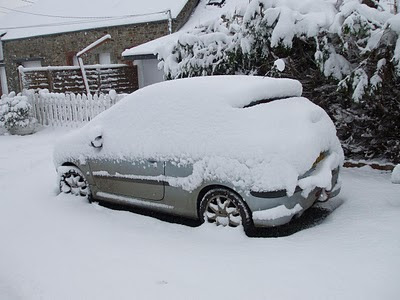 Let's hope we don't get lost in the snow, so if you do not hear from me for a few days, we will probably be stranded in some local bar, sipping Pastis with the locals.
But before we go, Mrs TK has decided to bake a chocolate cake, as you do on a cold winter's day. I presume there will be plenty of finger licking, aka Nigella! 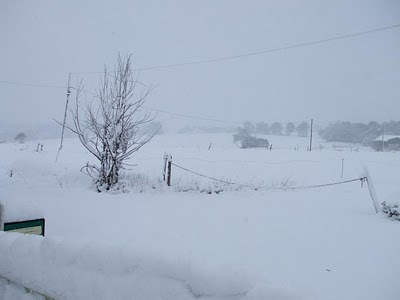