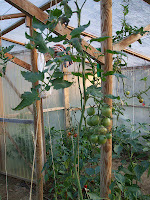 It looks as though we could still be picking tomatoes at Christmas this year. I have stripped the plants of most of their leaves, which is keeping the blight at bay. It is very difficult at this time of the year to get the balance right between heat and humidity as we are getting close to frosty nights. However, the damp conditions in a poly-tunnel is just as much of a threat for blight and botrytis. So I have left the doors open for ventilation most nights. A glass structure will get slightly less condensation, but you always still need a little ventilation. No new fruit will be setting of course, so it it just a matter of keeping the plant alive till all the fruit ripens on the plants that are left.

As the blight spreads onto the stem of the plants I cut them down and burn them, but the odd plant is still surviving, which is amazing as I only did one preventative spray for blight a few months ago. 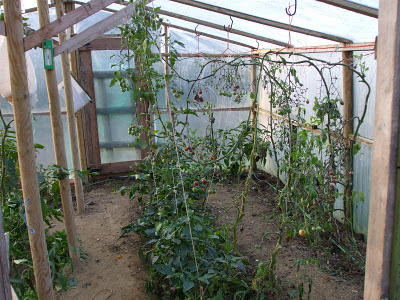 The Poly-tunnel is looking pretty sparse of tomato plants, but the peppers and chillies are still doing well . 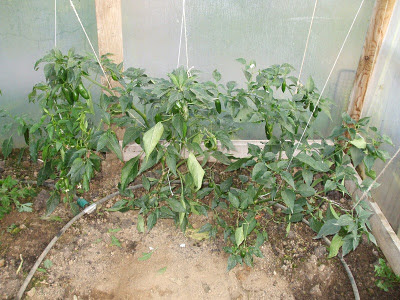 Bramble is on guard duty over the freshly planted garlic and onions, as the chickens do like to have a roam around the garden and the freshly dug soil was full of tasty worms. 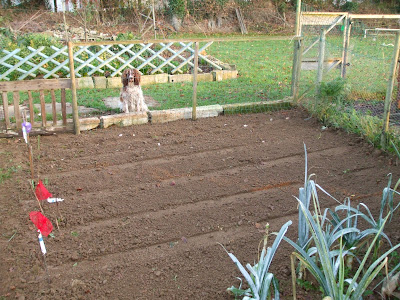 Despite the continued attack from caterpillars it looks as though we will have a nice feed of Brussel sprouts.  Too much time on my on-line business has kept me out of the garden and it really needs a good tidy up, but next year I will be slightly more choosy with what I grow, or more importantly how many! 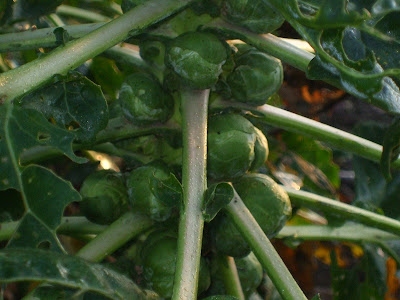 I had a good crop of leeks, but how many can one eat?  and they do not agree with Mrs TK's stomach, so I will give those a miss next year. I have also promised her not to grow so many tomatoes as she as spent hours making gallons of tasty tomato soups, tarts, chutneys and many other tasty dishes. 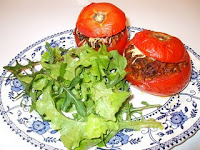 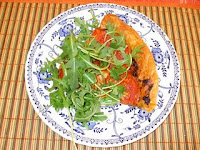 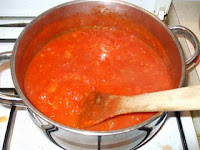 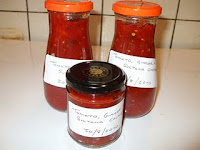