May 08, 2012
One problem that I find with growing crops in the soil inside is that the soil is so rich and moist, so therefore you will get plenty weeds growing. It's a backbreaking job to remove them, so I tend to wait until it is worth while and sit on  a wooden box to do it. The poly-tunnel does look nice and tidy afterwards, so it is quite a rewarding task. 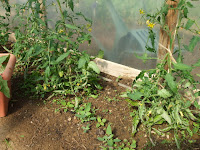 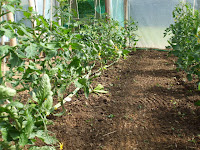 Despite all the wet and dull weather the tomatoes are coming along nicely, I try to feed them at least once a week and even though it is damp outside the soil in the poly-tunnel dries out fairly quickly, so every week I give it a good spray with fine hose. Just make sure the plants are nice and dry before you close the door for the night. 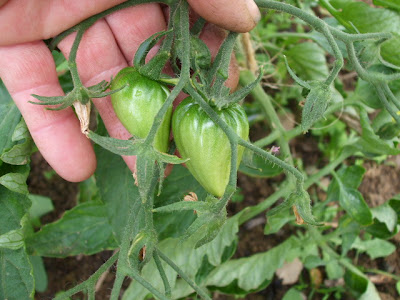 Radish, cauliflower, spinach, lettuce, beetroot and parsley are all growing well in the raised bed. Even though we have had a lot of rain, the temperatures have risen slightly at night so some crops are starting to move. 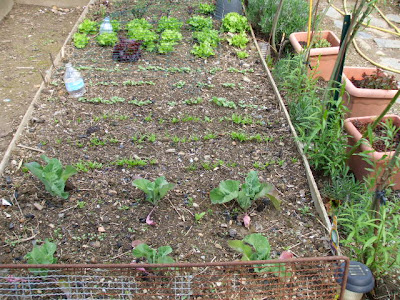 One thing that I have learn is that if clematis flowers before June, don't prune. The first year we were here it was a little wild and we didn't know what type it was, so I hacked away at it down to the base of the plant. This has not done it any harm, but now after flowering I just prune the spare shoots that I do not want to train along the fence.  I am also trying to grow a willow arch in-line with it. 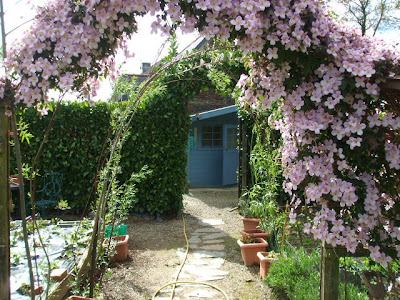