I need a bigger tractor!

July 16, 2012
One of the problems of having slightly to much land for the horses is that they tend to eat too much grass, so I have to cut a few acres on my ride on mower. Now considering that an acre is about the size of a football pitch, then it can take quite a while. The grass is not really worth getting someone in to cut for hay and we also require the small bales, which not many French farmers have the equipment for as they use the really large round bales. 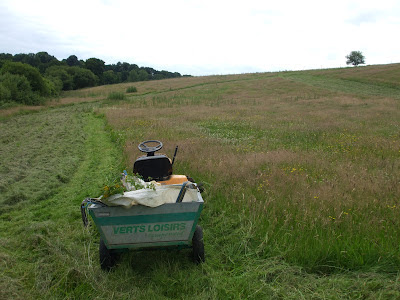 However, the French farmer next door must have taken pity on me when he saw me going up and down my fields with my tiny ride-on tractor. He came knocking on the door later and asked if I wanted him to put his young heifers in part of our land in exchange for a large round bale of hay. We can store just one of these in the stables for winter, so I jumped at the offer. Some people are a bit wary of letting French farmers use their land, as their is some ancient law about trying to stop them using it after so many years have passed. I tend to trust everyone until they do me wrong and we do get on really well with him. He is also selling up next year, so I felt pretty safe letting him use it. 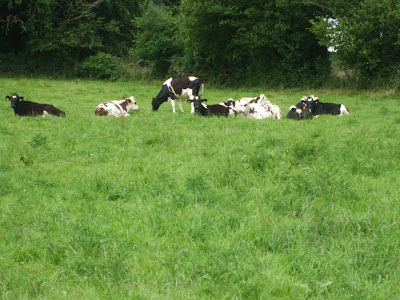 The next problem was finding him an entrance at the bottom of the field as the hedge had grown across an old entrance, I managed to find it and clear it, then luckily I found an old gate laying around as you do! 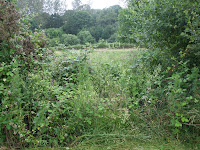 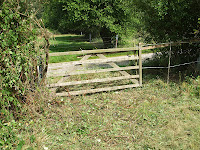 For some strange reason most French farmers have no idea about the dangers of Ragwort to livestock and horses. We tend to walk the fields quite often and remove it roots and all, then burn it, so we do not have too much on our land.
We see lots of Ragwort in French farmers fields left growing wildly, yet they have strict rules on removing thistles. We had a chat the the farmer about it and Mrs TK downloaded a document in French for him, although he will probably do like most French farmers and ignore it. Horses will not eat it living in the field, but they will eat it dry and this can be a problem if it is mixed up in hay, so you should try to sift through the hay you are feeding horses, it was our only worry about getting hay from our neighbour.
Here is a link to the dangers of Ragwort. 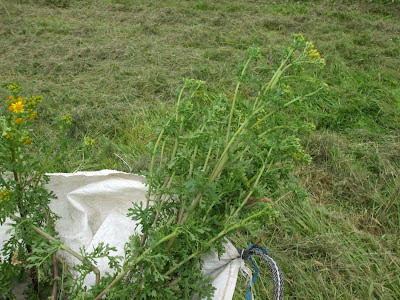