Mid May in the Poly-tunnel and Garden

May 12, 2014
The weather is still very unsettled but luckily no frost, however it has been hard on some early planted outdoor crops with all the wind and rain here in Brittany. I have used the frame from the mini greenhouse that I had in the poly-tunnel to shelter some plants from the rain while they harden off. The temperatures have been OK but too much rain early on will takes it's toll if plants are planted out too early. 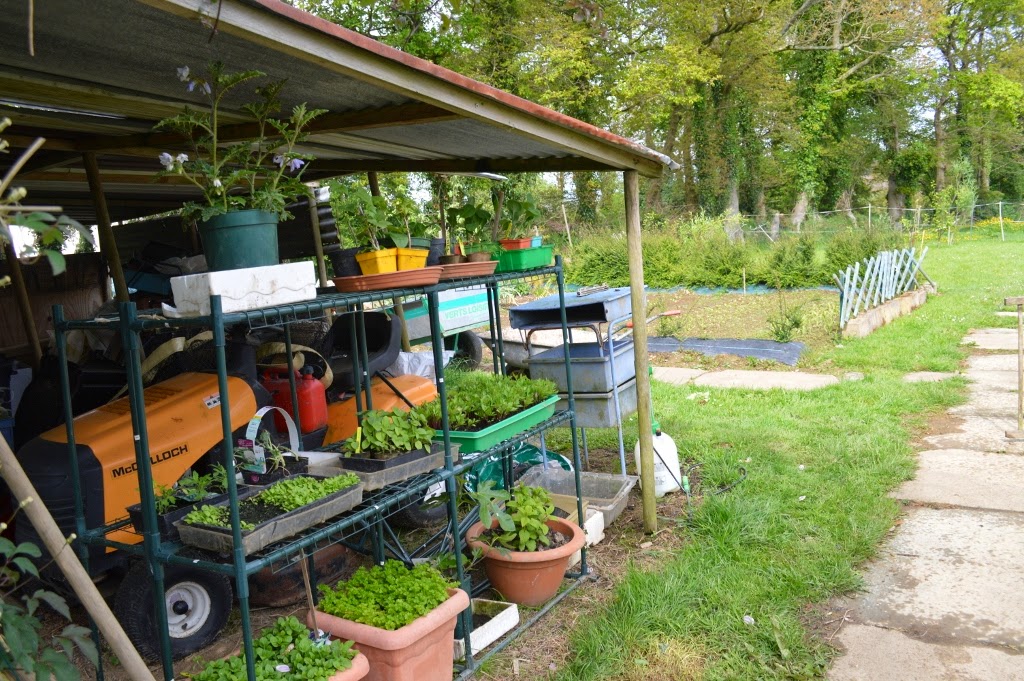 We have started picking strawberries but the birds seem to get to some of them just before we are about to pick them. A net covering seems to have sorted the problem, but I do plan to build a large walk-in fruit cage using the thick plastic water pipes and strong netting. You really can't beat the taste of home grown strawberries after the forced Spanish and French ones that have been for sale in supermarkets over the past month. 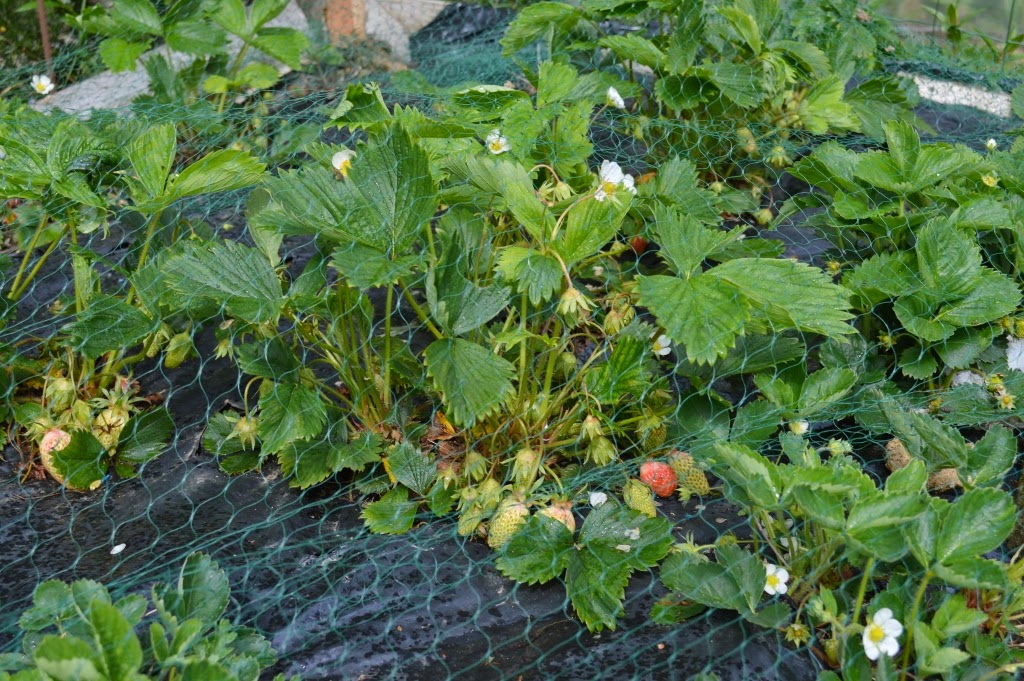 Raised beds are so much easier to work with and require a forking over at the start of the season and some manure added over the winter. We are harvesting lettuce, radish and the courgettes are also nearly ready to be picked.

In the poly-tunnel thing have certainly moved on, as the rain has not effected the crops and the temperatures have been quite high. I have taken most of the lower cucumbers off this plant to build up a stronger plant for the rest of the season which is the long term plan.

Too many cucumbers at the start is not always good long term. Notice how dark the plant is, this is a good sign and shows it has not been over-watered as cucumbers are very prone to damping off if the roots are too wet. This is also the reason I grow them in a pot buried into the soil with the bottom cut out of the pot. 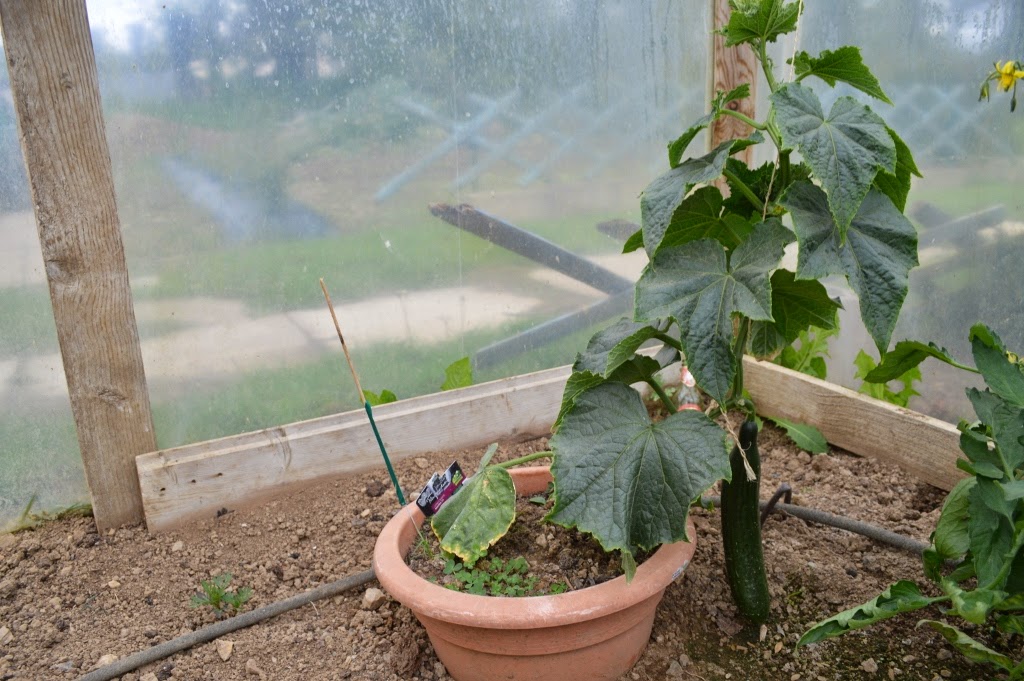 It looks like the lower bunches have set well on the tomatoes, there can be setting problems if the night time temperatures are too low early on in the season. I am feeding and de-shooting them once a week and will take off a few of the lower leaves for better air circulation.

As per normal I have quite a number of tomato plants spare which I have grown from seed. I am very tempted to plant some outside but I always have had blight in the past  on outdoor tomatoes which tended to spread to the poly-tunnel. My plan is to grown them in the fruit cage when I eventually build it and maybe have some of the roof lined with plastic under the netting to keep the rain off, which will at least keep the plants totally dry. I think my problem in that past has been to grow tomatoes mainly designed for indoor growing and I should choose a more hardy plant. I really have to discipline myself to dump my excess indoor plants.

If anyone can recommend a good outdoor variety then I would welcome your comments.