June 24, 2014
Our local pigeons have been having a good pecking at our cauliflowers and broccoli over the past months, despite a token number of old CD's hung on some string to scare them off. So I decided it was time I obtained a walk-in fruit cage type of structure, as I could use this for bird and wind protection on quite a few crops. 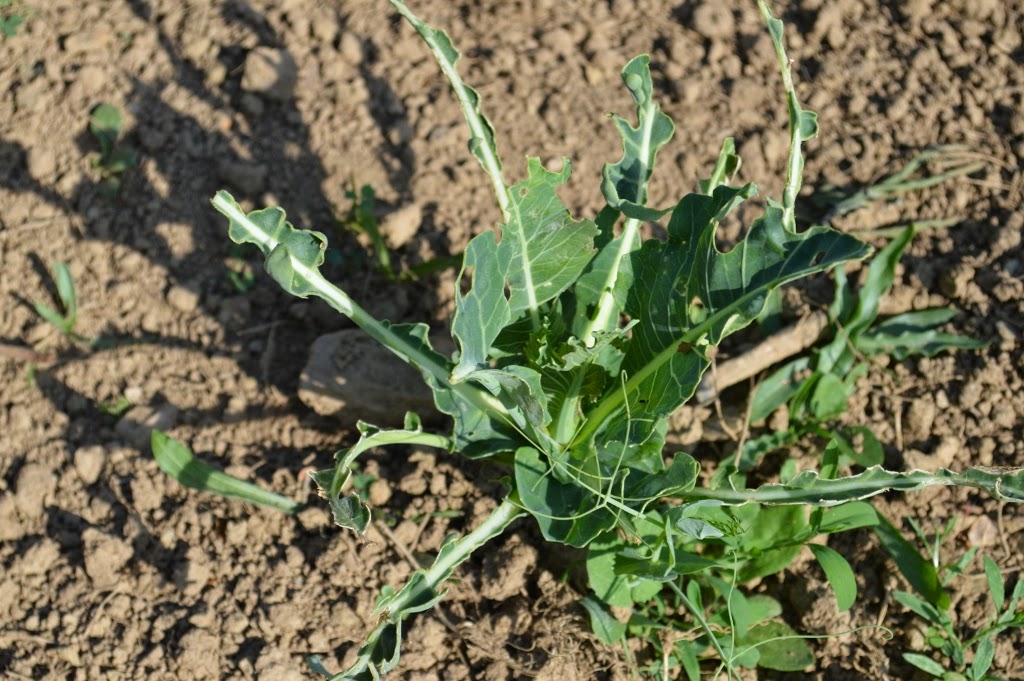 The internet came up with some reasonably priced structures, but they were from the UK and the postage was quite expensive, or they did not deliver to France. Some obtainable in France were far too expensive, so I decided to have a go and build my own. 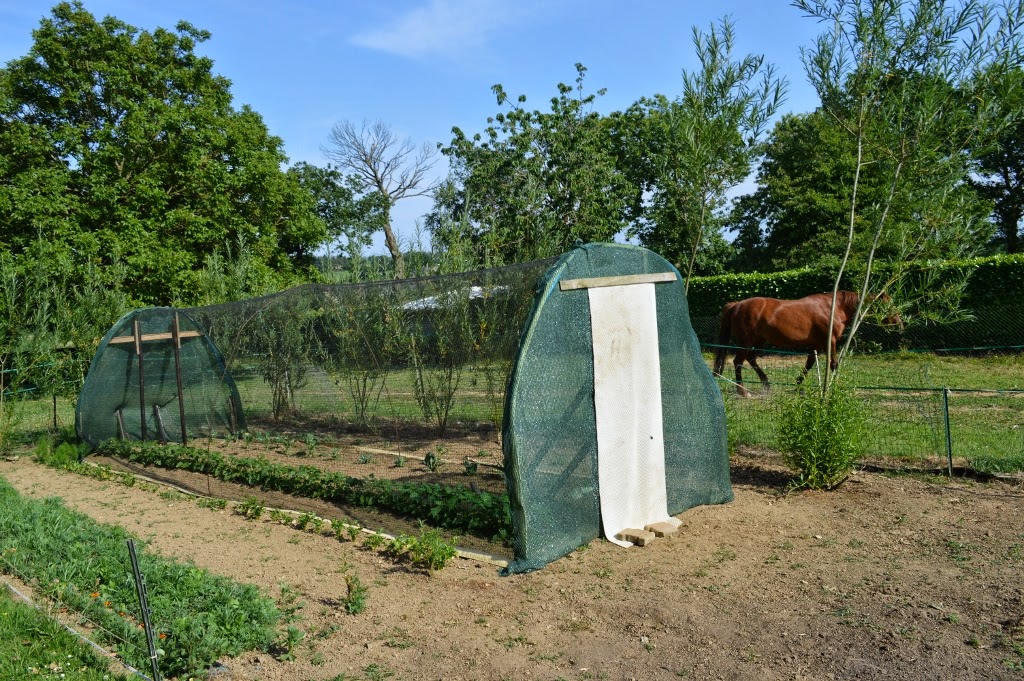 Luckily a friend gave me some free netting which was perfect, nice and strong and just the right size. I had seen a few poly-tunnels built using plastic water pipes and wood as a frame, so I scavenged around the garden for bits and pieces, then bought some water pipe from our local DIY store. Every hoop is about 5m so 25m at just 17€ will do a lot as I only used two pieces on my structure.
It is all very well having some off the shelf structure, but sometimes the cost really outweighs any crops that you harvest, so taking the time and effort to build your own is very worth while. 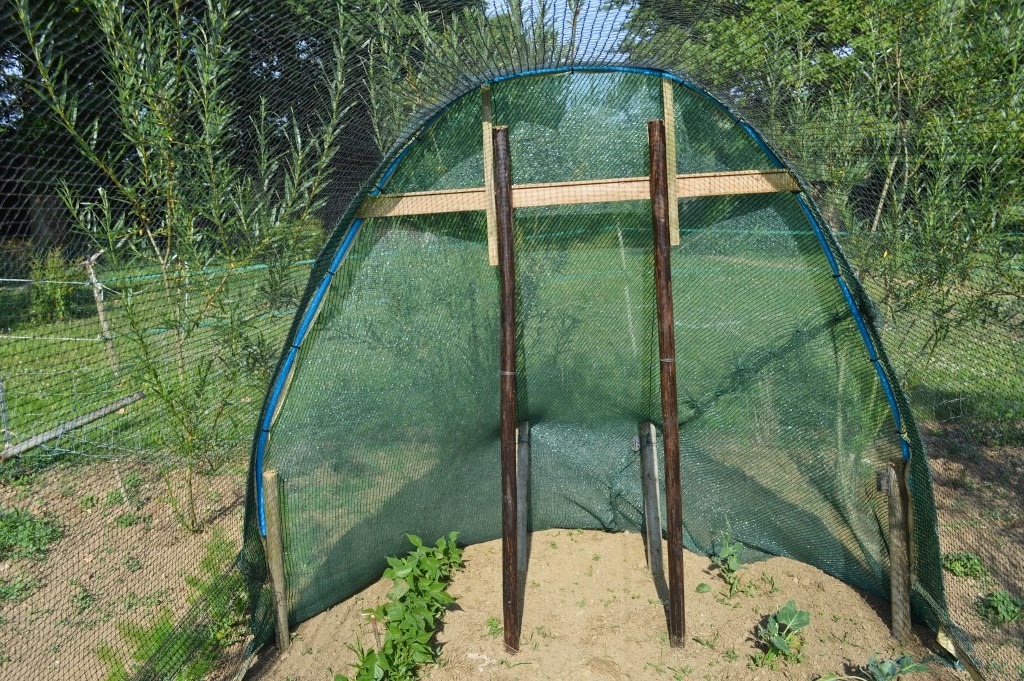 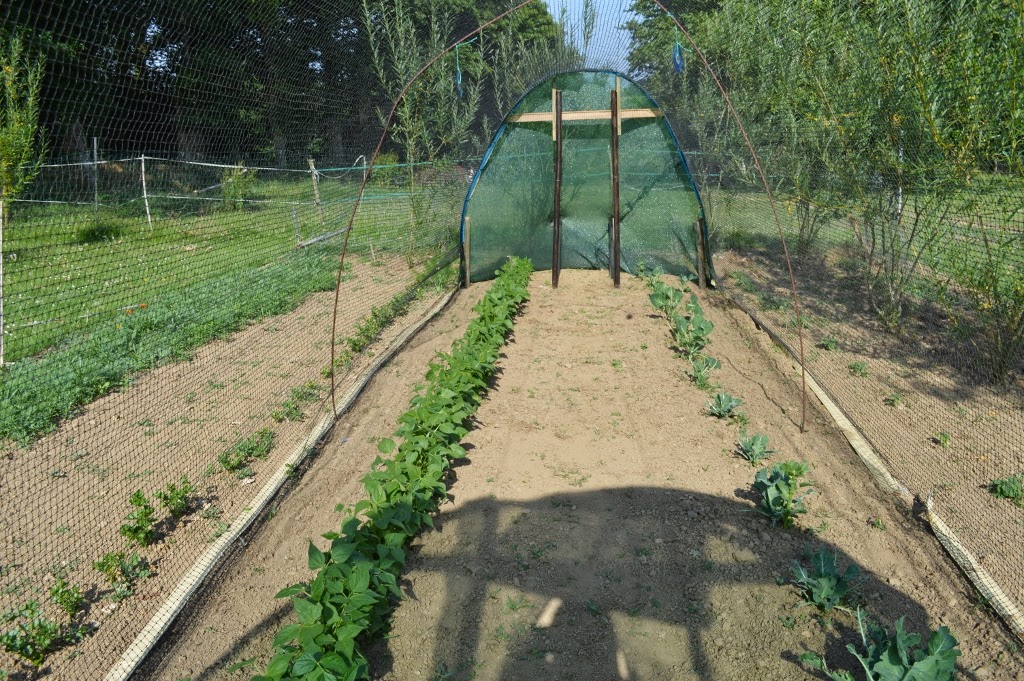 I built the structure over the Haricot verts and the Brassica and I will add a few crops that normally go in the poly-tunnel as it gets a tad hot in there at this time of the year. With the sweetcorn, celery and turnips coming up well it looks like it is going to be a good growing season this year. The early spring rain helped establish most of the crops, but we are having a very pleasant and hot dry spell now here in Brittany. Unfortunately Rain is forecast for the end of the week, but in a way it will be welcome as all my water butts are empty. 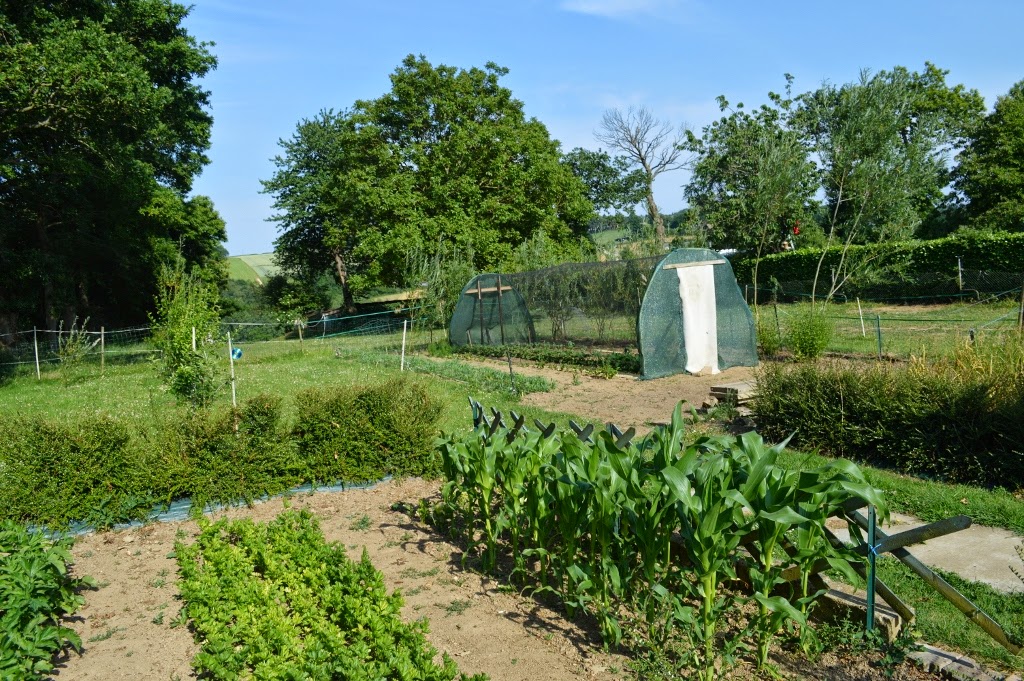